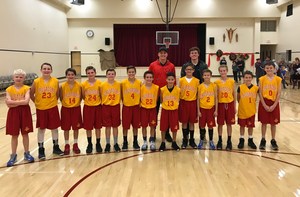 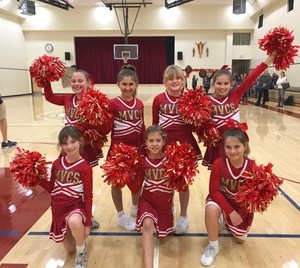 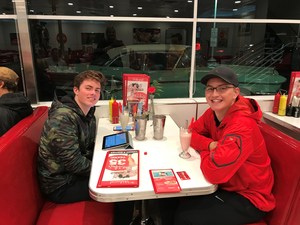 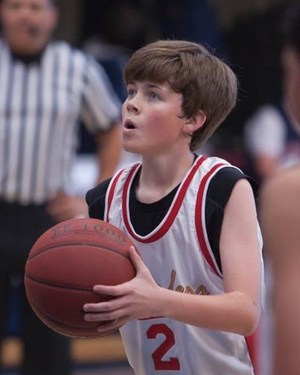 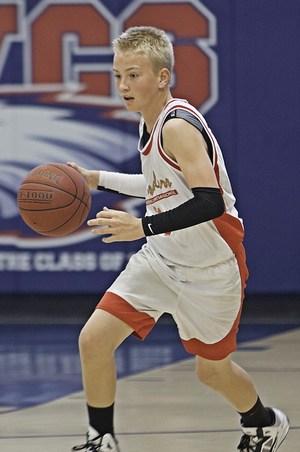 High school seniors James Williams and Ben Slevin may have graduated from Mission Viejo Christian School (MVCS) in 2014, but they are back on campus in 2018 as coaches for one of the school’s two elementary basketball teams. Under the leadership of Head Coach James Williams and Assistant Coach Ben Slevin, the team had an impressive 38 to 8 victory over St. Catherine’s in their first game of the season.

Principal Bob Sladek commented, “As a principal there is no greater joy than to see your graduates advance through their high school years as successfully as James and Ben have! These two young men have taken it to the next level, coming back as coaches and mentors for the students in our school. I could not be prouder of them or more excited for their players. They are not only excellent coaches, but also excellent role models for the 5th & 6th grade players who are competing hard and learning from their example.”

Head Coach James Williams, a senior at Tesoro High School, committed to play football at California Polytechnic State University at San Luis Obipso (Cal Poly, SLO) beginning Fall 2018. He says, “It has been so great to be back on the MVCS campus after going to school there for many years. Sports are a huge part of my life. I had coaches that I looked up to and really admired and by coaching with Ben, I think we can be inspiring to the kids. My experience at MVCS was filled with so many life lessons and even though my job is to coach, I’ve already learned more life lessons from the players than I ever would have expected.”

Assistant Coach Ben Slevin agreed, “Upon hearing that I would have the opportunity to coach at MVCS, I was truly ecstatic. Being able to give back to the school that poured their hearts out for my growth, has been an amazing blessing for me.”

For Williams and Slevin, their season of coaching this team of 5th and 6th graders will be short, comprised of practices which began in late November and then ten games over the course of a condensed four-week season. They are off to an impressive start on the scoreboard, however, and there is no doubt they will make an even more important, long-lasting impression with their players off the court.